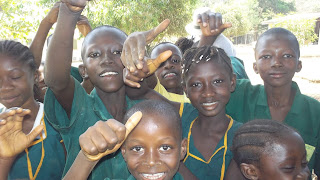 It was not until I went to Sierra Leone on the two mission trips in 2012 and 2013, that I heard about the atrocities that had taken place.  Since then of course there are films such as Blood Diamond that show at least some of what was happening.

During those two visits I heard several stories of the brutality of the war and about the way that some are still treated.  I will attempt to share a few stories here.

The rebels (many from Liberia), would often kidnap young boys between the ages of 8-12, cut the back of their hands and feed them with cocaine.  They would be taught to use guns and to kill / rape /pillage indiscriminately and were shown mass brutality to ‘sensitise’ them to it.  After their training, they had to choose a family member to kill to prove that they were ‘rebels’. 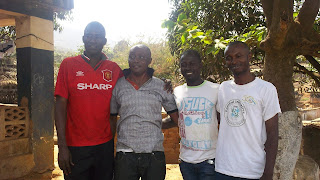 One chap I met had been in an area where the rebels had come through and devasted the place, he saw many of his family killed, he was almost beaten to death, but tied to a tree, left just alive so he could warn others of the rebels.  Several had managed to escape from the rebels and had eventually found refuge with kindly souls, and unofficial street kid refuges.  Many of these have ended up running such places now and caring for those less fortunate.

After the worst of the conflict, when the Country was going to the polls, there was another wave of violence which saw ‘rebels’ coming through and chopping off people’s hands so they couldn’t vote.  I witnessed several people with missing hands.

Culturally there are still many differences, and one of the many places we were taken to, had several children who had deformities or special needs.  Some of these children were ‘lucky’ in that they were just dumped by their parents; others were victims of attempted drowning or being set alight as their parents believed that a non-perfect child was from Satan. 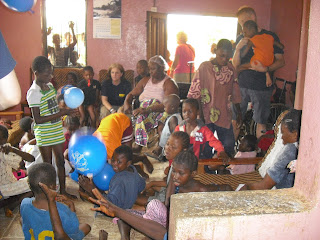 Schools extensively use the cane whether children need it or not and children can expect a thrashing if they go home with any dirt on them.

The poverty was awful, families are so grateful for a bag of rice – about 30 pounds worth will last a family a month – most people in the UK don’t think twice about spending that amount in the pub on a Saturday evening.  Also schooling has to be paid for so much of our monetary donations would go to the education fund, including clothing and books for young people.

Although much of this is upsetting, these kinds of trips do make you realise just how lucky we are.  It took me several weeks to be able to go back into Tesco’s and do my usual shop without guilt and certainly helped open my eyes to the World around.  Since then I have visited several other places around the World for work with similar poverty levels but it’s easier when you are living in a nice hotel and not really mixing with the locals to almost take it for granted.  I hope I do not, but I am sure the reality is I do or will do again. 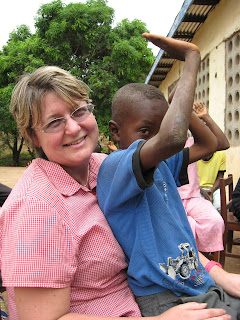