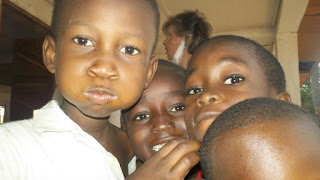 Jesus Story in Sierra Leone
The one thing I have learned is that when you volunteer you generally get a lot more back than you give.  This is a memorable event from one of my two mission trips to Sierra Leone. 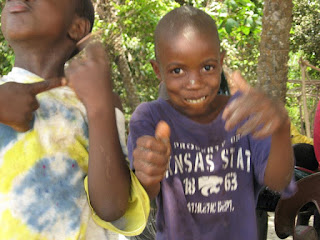 A standard practise was to show the ‘Jesus Story’ on film to the locals in some pre-destined location.  As this was my first trip, I had no idea what this meant.  It was planned that the film would be shown on the Saturday night and we were taken to what looked like a small village, outside of the town of Kissy to set up the projector and the screen – outside of course.  When we arrived, there was no one around and we were left to do some organising.

As it got dark, I noticed movement and suddenly realised that about 100 people including many children had arrived with chairs on their heads.  They were now finding a spot to sit.  How word got around that the film was being shown that night I do not know but as the film began, I estimate about 150 people were there, all arriving from nowhere seemingly. 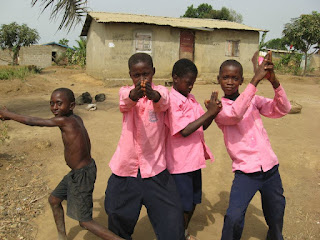 If the same film had been shown in the UK, it would have been very sober and quiet, lets face it, people tut if children dare to speak at the cinema.  The Sierra Leone experience was quite different.  Every ‘good news’ part of the film, such as miracles created a loud cheer from the crowd and much clapping, these guys were really into it.  For the resurrection at the end, the crowd rose and clapped and cheered and loved it.  The atmosphere was amazing.

At the end of the film, a local mission worker addressed the crowd in Krio (local language) and then asked me to pray for the children.  I am not particularly good at praying out loud and definitely not comfortable, however, on that occasion, I must have been given the words as I have no idea what I said but almost everyone of the 100 or so children who attended the film came and gave me a hug afterwards.