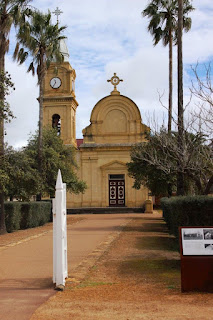 A Visit to New Norcia

I was surprised to learn that the only monastic town in Australia is New Norcia, some 127km North of Perth, inland from Lancelin, situated in the Wheatbelt.  It is a Benedictine Monastery founded in 1847 by Spanish monks.  I had the pleasure of living in Australia from November 2014 to October 2018 and during one of our camping trips in early 2015 we passed through New Norcia, on the way to Wongan Hills and Lake Ninan.  This was the trip where we went to the funniest town name I have found so far – Damboring.  Wouldn’t it be great to live in a town with such a name? 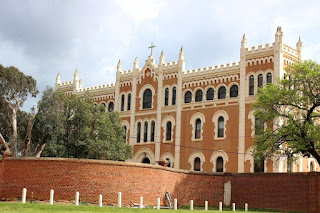 From memory it had been raining hard and it made Damboring everything but as we had the Landrover that handled even very deep water with ease, and with lots of long, deep puddles around, we had some fun.  Anyway, having passed through, we decided that we should go back to New Norcia and have a look around in the future.  We eventually planned another trip at the end of August in 2015 which was also wildflower season, and the Wheatbelt being a great place to see wildflowers. 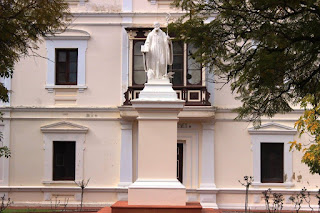 We stayed at Wongan Hills again and travelled to the Monastery on the Saturday to have a look around.  We had the guarded tour and found out much about the history of the place which can be seen at https://www.newnorcia.wa.edu.au/.  It was amazingly peaceful except when the lorries carrying mining equipment headed through … they rattled the buildings well. It was a nice visit although having started this blog and converting to Catholicism since visiting, I would probably get more from it if I ever had the opportunity to go back. The rest of the trip was also good, we saw plenty of wildflowers and I was amazed by the vastness of the rapeseed fields … the yellow seemed to stretch as far as the eye could see. 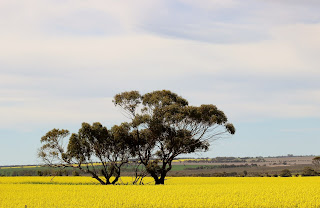