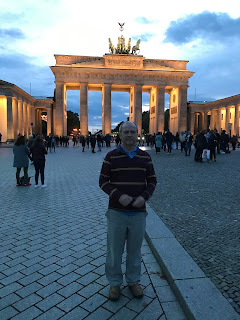 A Trip to Berlin 2019 (visited on Saint Benedetta’s birthday)

Last year on 1st – 5th October Paul and I were making the most of Paul being home from Brunei and we decided to take a short break in Berlin.  I had never been to Berlin before although Paul had.  We stayed in the Maritim ProArte Hotel in the centre of Berlin which was a great location although not cheap (https://www.maritim.com/en/hotels/germany/berlin-proarte-hotel/hotel-overview).  We took advantage of an offer they had on their ‘Executive Room’ which included access to the lounge.  This meant we could get breakfast, small snacks and free beer and wine as well as soft drinks when we wanted.  This worked out well for us and the only real criticism was the room has no windows, and the staff did not replenish the stock often but that was minor.

The hotel was in easy walk of the Brandenburg gate and we managed to pick a weekend of celebration for the removing of the wall.  There was one demonstration on one evening when we had to get a police escort back to the hotel!

We spent a lot of time wandering around Berlin.  We of course went to Checkpoint Charlie although I must admit to getting to the point of not being able to look at any further pictures of how cruel humans can be to each other.  We also visited Paul’s Auntie – one of the reasons for wanting to visit Berlin, my highlight though, was the zoo.

Berlin Zoo is a fabulous zoo, the animals are well kept, and the grounds are amazing – much larger than I expected and it is attached to the aquarium which we went around on the same day.  I think if I went again I would do it on a different day as we were quite tired by the time we had been around the zoo.

When we were there the Panda had not long had a baby and both were visible although there were so many visitors, it was easier to watch on the webcam.  My favourites, the Orangutans had a great house, next to the chimps.  The wolves were wonderful, in fact everything was great. 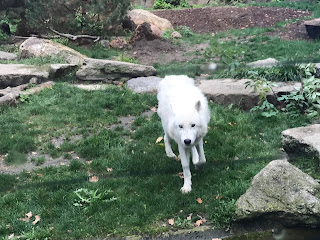 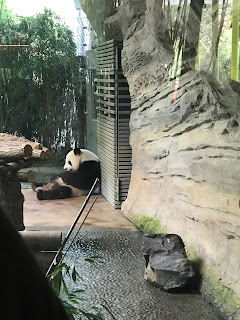 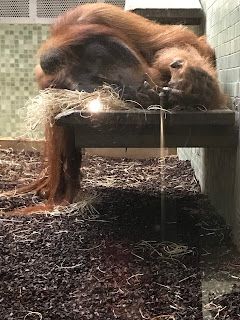 Because of the celebrations, there was a fairground set up just inside the Brandenburg gates which was nice to go and buy a drink (Caipirinha) and watch the World go by.  Berlin was a genuinely nice city although a lot more expensive than I would have guessed. 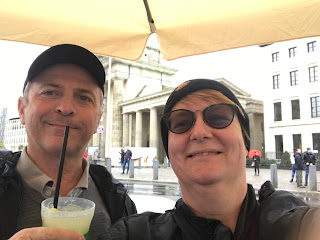