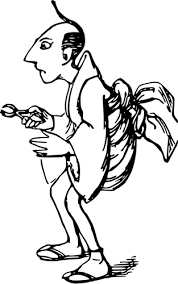 Its official, I am terrified of dentists.  I am not sure how or why the fear started; I remember when I was wrong that I had to have a tooth removed, it was a tooth growing between my two top teeth.  It had quite a claw on it and took some pulling to get it out.  I remember being ‘gassed’ at the dentist.

I also had a couple of fillings in my late teens, but they went painlessly.  One of my big earlier memories (probably around the age of 11) was my mum going to the dentist for a filling.  However, the drill broke in her mouth and cut the inside.  I am sure it was painful, and it remained a big deal to my mum up until she died nearly 40 years later.

So, when I started having issues with my wisdom teeth in my late 20’s, I was concerned.  To start with the dentist ‘threatened’ to take them out in his chair but on further investigation, decided I would need to go to hospital to have all 4 of them out.

By this point I owned a pub in North Devon and so went off to Barnstable hospital where I was duly knocked out and tortured for nearly 4 hours.  I came out looking like I had been 6 rounds with Mike Tyson … apparently, they were not easy to extract!  They required a knee on my chest by all accounts.  I did not really care at the time as the painkillers I was given were great, I did not realise how great until after I went home and tried walking my dogs the next day.  My walk reminded me of Michael Jackson’s Moon dance, it was as if I did not quite have control of my own legs and feet.

Fortunately, since then, I have only needed a crown from a crack caused by a pork scratching.  The trouble is, I am so nervous that my legs will involuntarily kick out and I make so much saliva that I am almost impossible to work on.  It turns out I also have a relatively small mouth which does not help proceedings.