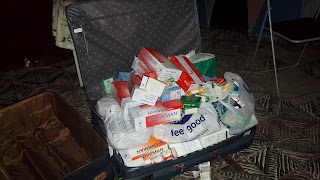 I have been twice to Sierra Leone on short (2 week) mission trips.  Various tales will no doubt appear in time.  This story is about the generosity of people though.  The cost from memory to go to Sierra Leone was around 1500GBP, as volunteers we are encouraged to fund raise as much as possible, so that we can financially help when we are there.  We are also encouraged to take as much aid with us as possible.

I was astounded on both occasions by the charity given by so many people.  I was getting support from people I did not know and people I hardly knew.  Also, I contacted some companies who were also pleased to donate medical gloves, recorders etc.  The local Tesco gave me a heap of gifts that I could take with me or sell to raise finances for support when there.

We ended up with 4 suitcases full of aid, other than a towel that I could not fit in to my backpack with my clothes.  Even virtually all the clothes we wore for the two weeks were left behind.  Everyone in Sierra Leone was so grateful including the Doctor at the hospital who was so desperate for the gloves and paracetamol etc that we took. 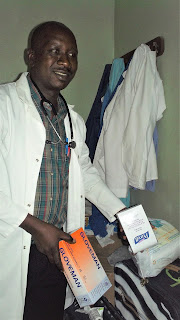 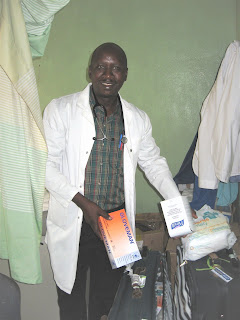 Financially, between us all we were able to buy a good number of sacks of rice.  Each sack cost around 30GBP but would feed a whole family for a month, various support for school children with clothes and equipment, medical aid, food for a baby … the list goes on.  It is overwhelming to see how grateful people with nothing are for a small something.  Even bubbles and balloons are a delight to the children who usually have nothing to play with. 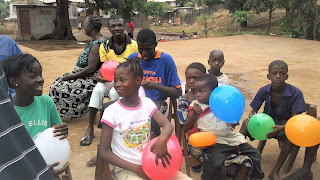 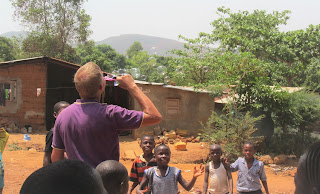