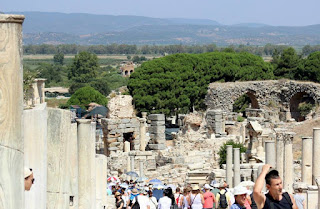 A trip to Ephesus

In August 2014, Pippi headed off to Botswana with the Devon Scouts so I took the opportunity to take Ben to Turkey on holiday.  I wanted to go to Ephesus for the day but was happy to spend the rest of the time not doing too much.  I booked us in to an apartment in a complex that was fully catered in Kusadasi and it was fine for me and an 11-year-old who wanted to spend time in the pool and chilling out.

On the day we were going to Ephesus we had to be up early to catch the coach.  We were a small party of about 12 people and headed to Ephesus stopping at the Temple of Artemis first claimed as one of the seven wonders of the Ancient World. 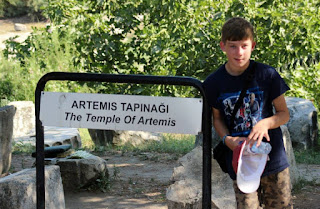 We arrived in Ephesus and it was an extremely hot day, over 40 degrees so it was hard work to walk around everywhere but we managed.  We had a guide who took us to various parts and showed us specific buildings etc.  It is amazing to know that Paul had walked there under 2000 years previously.  Incidentally, it got awarded UNESCO status in 2015.  There is a lot more to excavate so another visit in a few years’ time would be interesting. 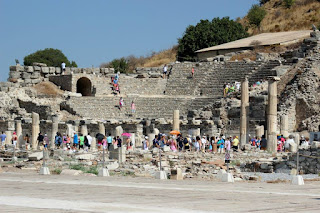 From here we went to the House of the Virgin Mary, where she is believed to have spent the last few years of her life, which we entered and walked around.  I found it all fascinating, although I was not a Catholic then so did not hold Mary in as high regard as I would do now, but I think Ben had seen enough ‘Old stuff’ by then so we grabbed an ice cream before getting back on the coach to go to the hotel. 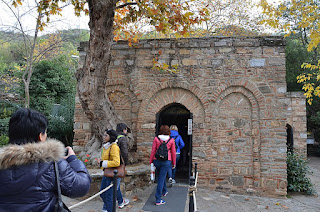 On the way back we stopped at a Turkish delight factory and tried just about every flavour of Turkish delight there was, and bought several boxes, most of which Ben ate over the next few days.

Most of the rest of the holiday, we stayed local and used the hotel complex facilities, or explored the grounds, it was a very relaxing break, a bit too relaxing for my liking really but the trip to Ephesus made it worthwhile. 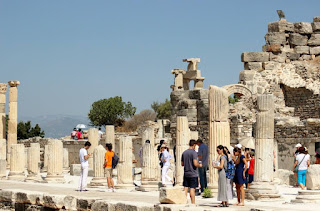 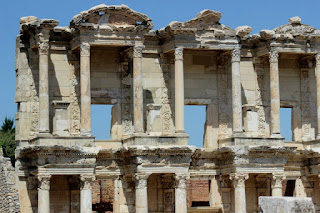 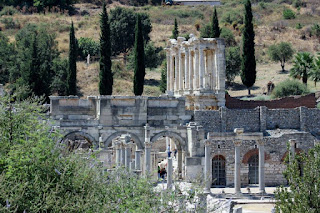 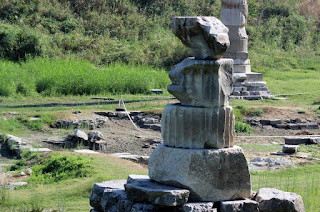