A Trip to Brunei

On June 11th, 2017, I was in Brunei. I arrived on the 9th and was due to leave on 13th although that got moved to the 14th.  It was a work trip and Paul was meant to be with me but had been called off to Vietnam.  This meant I had a weekend in Brunei on my own, in most Countries this would not be a problem as there is always plenty to do.  I was in Kuala Belait so not near Bandar Seri Begawan the capital – about 80 minutes’ drive away in fact.  It also turned out that my meeting scheduled for Monday 12th was delayed as it was a public holiday, so I had a long weekend on my own.

I met with my client for our first meeting on Friday 9th in the evening.  Of course, Brunei is a dry Country and it was quite odd discussing work in the evening over a mango juice.  It was Ramadan so there was a banquet every evening in the hotel, but no other food was being served.  The banquet food was very nice that said.

Saturday morning, I went down to breakfast and noticed a British looking young man in a Baker Hughes boilersuit, so I knew he was probably there working.  I explained I had a long weekend to kill and asked him he knew of anything to do.  He said, “There is nothing to do”.  I was not put off thinking that perhaps my tastes may be different.  After breakfast I went for a walk.  It was extremely hot and soon realised that I would need water.  Thinking I would also stop for a coffee, I headed for some shops but found that during Ramadan, you could only get a takeaway coffee which needed to be drunk in private.  I settled for a bottle of water.  I walked to the beach but had been warned (and seen the signs) that there were crocodiles so did not go far. 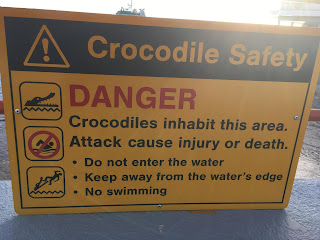 I then saw a snake … it was a good snake, in that it was dead but by this time I was hot, bothered and did not like the look of the wildlife so thought I would go back to the hotel and speak to concierge – perhaps book a trip somewhere.  I did see a hornbill which was exciting when I was out and about.

Concierge were rather surprised that anyone staying at their hotel wanted to see anything, they dragged out and dusted down a folder, which gave me some hope.  There were only 3 things in it – a trip to the water village, a boat trip to see the Proboscis Monkeys and a trip to a treetop walk in the jungle.  As I do not like heights so the last one was out … which was a shame as I am sure I would have loved the jungle.  I wanted to see the Proboscis monkeys though, so I booked the trip for Sunday.  At this point I discovered that taxis do not exist in KB so booked transport via the hotel to Bandar which was not cheap.

On Sunday, I got to a rather nice hotel in Bandar (The Empire - https://theempirebrunei.com/) where the trip started from.  The hotel in KB, although it contained everything you need in a hotel, was basic.  This place was palatial.  I waited until the time I should be collected and nothing … eventually I spoke to the concierge at that hotel – much more of a tourist hotel, they contacted the company and they said the booking was for Monday and not Sunday.  I took a walk around the grounds at the hotel, headed back to concierge as my transport was not picking me up until much later, and they arranged a trip around the water village. 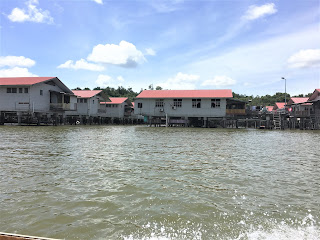 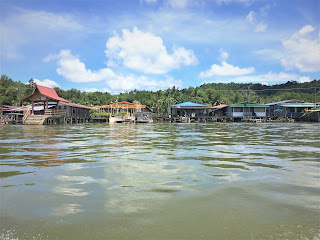 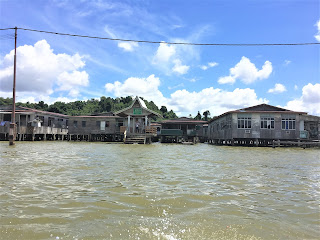 This was an interesting trip, but it did not last very long.  I was hungry at this point so went to a supermarket to buy some food but had to eat it in secret.  I felt like a naughty child.  Back at the hotel in Bandar I did see lots of monkey’s (macaques) cheekily jumping from tree to tree and chatting away to each other.

Monday, I travelled back to Bandar and arrived at the nice hotel again, I decided to get there early to spend more time watching the Macaques before my boat trip, I could also get coffee and cake at this hotel so there was no hardship waiting there.  I was eventually picked up and taken to the river where we had a sampan trip up the river to see the Proboscis monkeys.  We found a large group including dad with the big nose and plenty of babies and were able to get in close to them.  It is times like this that I wish I had my big camera.  Anyway, that was great, I had seen proboscis monkeys once before in Borneo, but they are always such a pleasure to see.  And as a bonus we did not see any crocodiles – which I have only seen in the wild once, in Darwin.  I had dinner at the Empire hotel then took my trip back to KB.

I eventually got to see my client on the Tuesday and had a successful meeting before heading back to KB and treating myself to my last night in Brunei at the Empire hotel.  As it was my birthday, they upgraded me to a suite which was magnificent.  It was a shame that I only had the one night – I could have lived there easily!  I did spend a while trying to work out the curtains, that were operated by a switch by the bed. 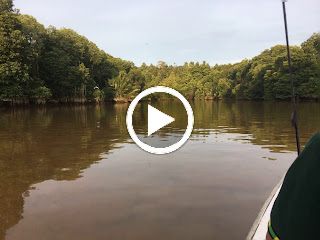 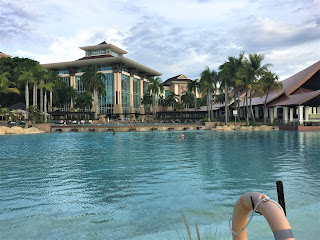