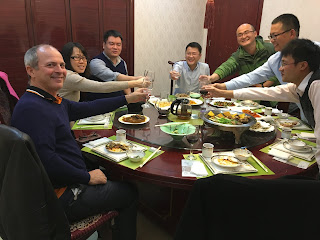 A Training Course in China

Paul was lecturing in China for a week in late November 2017 and as is normal, I went along to help.  This was the first time I had been in China.  We flew into Beijing and were picked up from the airport and taken to Tianjin.  We were staying in a hotel that had been arranged by our client.  It was nice enough and after a long journey I was looking forward to a nice Chinese meal and a glass of wine.

The hotel did not have wine … mmm I could see this week was not going to go well.  The food was nothing like any Chinese which I had in the UK, which I knew to expect but also nothing like I had anywhere else I had travelled … most of it was unappetising.

On our first evening after the course, we were invited out by our hosts for a traditional dinner.  We learnt that you only drink when you toast someone or a group of people.  The first three toasts are done by the host and everyone toasts by 3 bangs on the table with the bottom of the glass, after that you can toast anyone … and must if you want to drink. This was a difficult practise as we are so used to just picking up your drink and drinking – which is seen as rude in these circumstances. 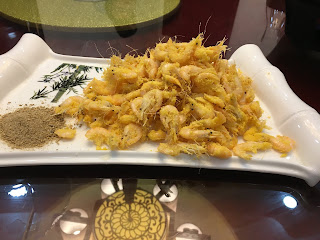 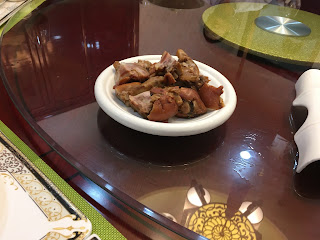 Fortunately, I had mentioned during the day that I do not drink rice wine, just red wine so I had a bottle brought for myself and the other lady with us, everyone else was on the rice wine.

The food was of course traditional and included battered shrimp – all of the shrimp, which were eaten whole, none of this taking off the shell and head … pigs trotters and various other ‘delicacies’ that I did my best not to think about as I ate as little as possible.  We survived though with only very mild food poisoning.

At lunch times we were taken to a shopping mall and bought lunch – usually soup which was described as pagan soup.  I was a little concerned by the pagan soup … until 2 days later we realised (to my relief) it was bacon soup. 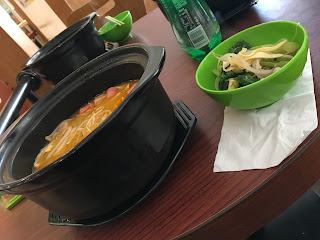 The course went well and on about our 4th night when we were getting desperate to eat something that we recognised, we went for a walk and not far from the hotel was the ubiquitous Irish bar – there are not many towns around the World where I have not found an Irish pub.  Anyway, it was a joy to see the menu that was Western … and they had wine – the rest of the week past with well.