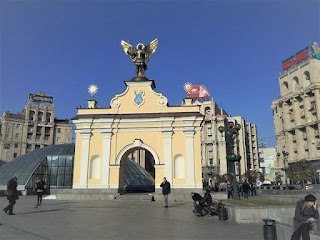 A day in Kiev

I was running an interview in Kiev in October 2011, as usual, being a work trip, it was a quick in and out.  The person I was interviewing was from Russia and Kiev was a convenient place for both of us as neither of us needed a visa.  My interviewee had been a customer for some time, so I had spoken with him on numerous occasions before, but we had not met.

It was my first and only time in Kiev and it was nothing like I expected.  I do not quite know what I was expecting but it was not this.  Kiev is a major scientific, industrial, and cultural centre of Eastern Europe.  It looked a little like “Little London” other than most of the signs were in Cyrillic.  Following the interview and with some spare time on our hands, we went to a Monastery where there was a huge egg-shaped structure covered in little painted eggs, and where the architecture was stunning. 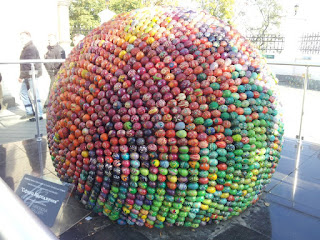 We also got to The Ukrainian State Museum of the Great Patriotic War, which was an interesting assortment of statues and military hardware.  We wondered around the town and had our photo taken with a couple dressed up in some sort of cartoon character outfit … was not expecting that.  We saw Saint Sophia’s Cathedral from the outside but ran out of time to investigate many of these places further. 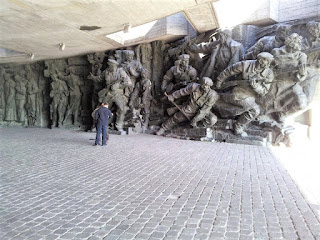 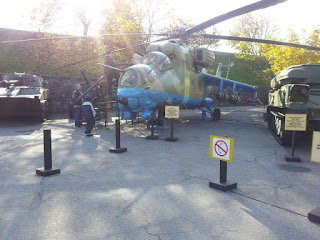 Kiev looks like an interesting place if you had the time to explore properly and would be on my list to go back to if I ever got the chance.  I would also like the opportunity to go to Russia and explore Moscow. …. Oh yes and the bakeries looked amazing! 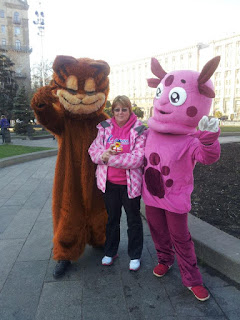 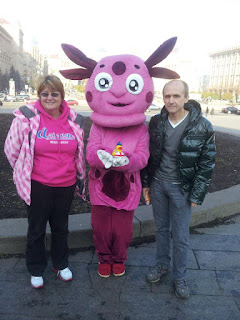 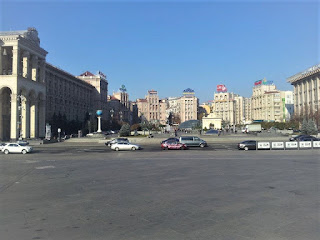