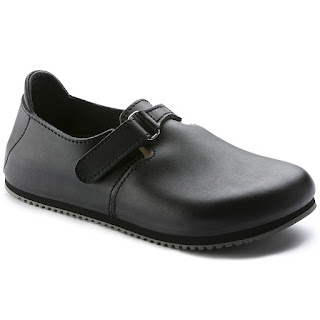 Working in Mexico, a day where things went wrong.


I worked in Mexico in various places for a week at a time 3 or 4 times between 2007 and 2011.  There were a few memorable moments, but I will talk about one of the days on my first visit.


On this day we were visiting clients in Poza Rica, I had been working in Latin America for some time and was fairly used to the customs. On this occasion I was wearing a black business dress that I had worn in Latin America several times before, with a pair of black sandals.  This had been acceptable everywhere else I had been, including other sites in Mexico.  However, for some reason, the female security guard took it in to her head, that I was not allowed access to the offices unless I had shoes on (not sandals).  I should point out I was there to deliver a presentation in an office and was not going anywhere near workshops.


Anyway, I was with some local colleagues and they had to drive me to the shops where I could buy a pair of shoes, anyway, the shop was very small and did not have much of a choice, and even less in my size.  I had little choice but a pair like the photo.  As you can imagine, the look with a nice smart office dress was ‘unusual’ to say the least.  By the time I got back, she decided I couldn’t come in because the sleeves on my dress were too short … my Mexican colleagues said something to her, and she backed off and let me through.


Anyway, the meeting was delayed (not by me) for nearly 2 hours and I finally gave my presentation, which went well.  We got back in to the car to go to the hotel for the night and half way back the car broke down … we had to push it to the nearest garage … which fortunately was not that far, to get it repaired.  I cannot remember what was wrong with it, but it turned out not to be too serious, but it was quite late by the time we got back.


My colleagues were impressed that I got out and helped push the car and it remains a memorable day in Mexico for me.
labels Other Stories