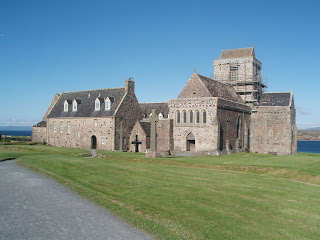 Trip to Mull and Iona


Around June 2009, I took a trip to the Isle of Mull. I stayed at a very nice hotel http://www.highlandcottage.co.uk in Tobermory. As I probably should have expected, it was a cold and blustery weekend but was dry.  It was so cold, I had to buy a woolly hat and scarf to stay warm on my planned whale watching trip the next day.


Tobermory is a pretty fishing village, used to film ‘Balamory’, a children’s programme from around 2002, with lots of different coloured houses.  Tobermory also has it’s own distillery, and, although I didn’t go to the distillery, I did, of course, buy some whisky (see separate post). 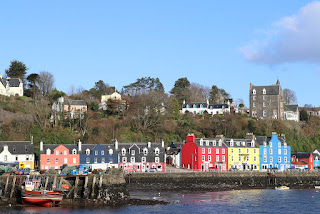 As with so many whale watching trips that I have done, I didn’t see a whale (I finally managed to see a family of whales and one breached close to the boat in 2014 off Fremantle, Australia), we did see porpoises and a basking shark, and a poor lady who was seasick from the moment we left the port until our return 7 hours later.


During the trip we went to an Island whose name now escapes me, but the Captain had described it as the Caribbean in Scotland of which of course no one believed.  However, he was right, the sea was as blue as I have seen anywhere in the World and crystal clear.  We stopped here to have lunch, and feeling brave, I took my shoes and socks off and stuck my toe in the water. It was as if I had stood in a bucket of ice.  I have never known water as cold as that in my life! 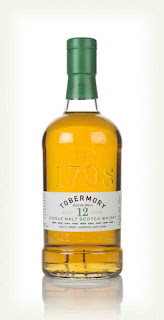 The next day I took the ferry to Iona.  From the second of arriving on this beautiful Island to leaving again a few hours later (not long enough), it was as if peace was all around and the troubles of the World disappeared. I cannot state enough how beautiful the Island was.  Although I was a Christian, I was not Catholic at that point so perhaps did not appreciate the surroundings as much as I would now.  I would certainly love the opportunity to go back with my husband and take another look. 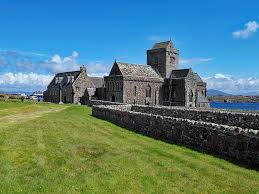