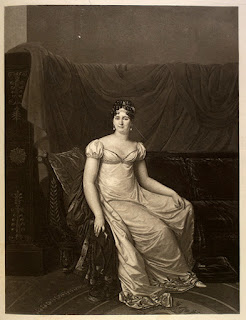 
Saint Adelaide, daughter of Rudulph II of Upper Burgundy was married to Lothair, King of Italy, at the age of 16, after having been betrothed to him at 2. She gave birth to Emma but Lothair, probably poisoned by his successor Berengar died.  Berenger ordered Adelaide to marry his son, she refused and was imprisoned.


Not long after this Otto the Great of Germany defeated Berenger, freed Adelaide and married her on Christmas Day 951 at Pavia.  In 962 they were crowned emperor and empress by Pope John XII.  After Otto’s death in 973 Adelaide lived a turbulent life for 20 years, her daughter-in-law Theophano turning her son Otto II against her, who she was influencing. However, by 983 they had reconciled, and Otto appointed her Viceroy.


Not long after this, Otto II died leaving his son Otto III entrusted to the throne with his mother and grandmother.  Again, Theophano evicted Adelaide from the court. Theophano died in 991 when Adelaide took over the regency until Otto came of age in 995.


From this point, Adelaide was able to devote her time to founding and restoring monasteries and convents, evangelising Slavs, and helping the poor. She had a special friendship with the monastery of Cluny and its Abbots St Majolus and St Odilo.  In Odilo’s memoir of Adelaide, he wrote she was ‘a marvel of beauty and goodness’.


Adelaide eventually retired to Seltz, a convent near Cologne, which she had helped to have built.  Although she never became a Nun, she spent the rest of her days there in prayer.