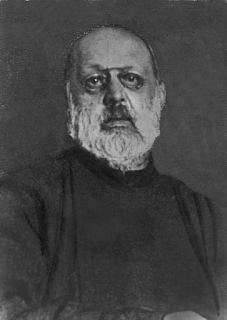 
Saint Albert was born on 25th August 1845 near Krakow, Poland to an aristocratic family, as Adam Hilary Bernard Chmielowski.  He was the eldest of four children.  He was actively involved in politics from a young age and lost a leg in a fight during an insurrection against Czar Alexander III at the age of 17.  He was a talented artist which he studied in Munich and Paris after leaving Poland.


His interest in politics and art made him aware of the human misery and suffering around him.  He was a compassionate and deeply caring person and felt called to help those in need.  In time, he understood the desire to be a calling from God to serve.  In 1884 he returned to Krakow and became a secular Franciscan taking the name Albert, he began working with and for the poorest people in Krakow.


Albert preached on the great crisis of seeing suffering of others around us and doing nothing about it, blaming the divide between the rich and poor for the “blindness”. Albert was one of the Saints who inspired the vocation of Karol Wojtyla, the future Pope John Paul II, who in 1949 wrote a play about Albert; the work was filmed in 1997 as Brother of our God.  Albert was the spiritual teacher of Blessed Maria Bernardina Jablonska.