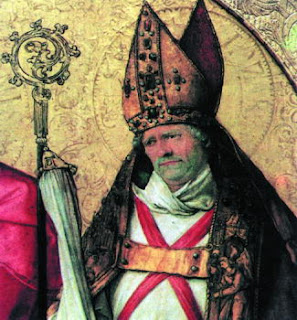 Saint Adalbert of Magdeburg was a Benedictine monk at Saint Maximin Monastery in Trier, Germany. He led a group of Missionaries into Russia in 961.  They were opposed by pagans and many of the missionaries were killed.


He is noted for his support of Education particularly for his monks.  He is also known as the Apostle of the Slavs after a successful mission to the Polabian Slavs east of present Germany. He taught Vojtech Slaynikvec who was later canonised as St Adalbert of Prague