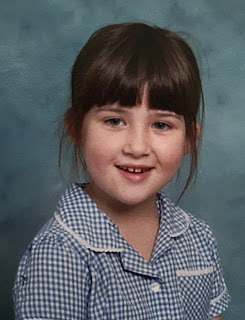 
Saturday September 2006 - On the day before my baptism, Jeff (my husband at the time and father of my children) had been invited to the Exeter Chiefs rugby game by one of his contractors at work and I went along as his guest.  As it was a corporate event with plenty of alcohol, we decided to use public transport.


On our way home and as we got off the bus in Bradninch, where we were living and started walking though the field back home, I had a sense that something was wrong.  I mentioned it to Jeff who said that he was sure everything was OK.  His parents were looking after our children, Pippi and Ben at that point.  Pippi was 6 coming up 7 in November and Ben had turned 3 in January.  We got to the house and my in-laws’ car was not there at which point I was convinced something was wrong.


I walked in the door with trepidation to find my Father-in-Law Alan in the armchair and Ben watching TV.  However, Alan’s words were the words that no parent wants to hear “Don’t panic but …”.  Pippi had been at her friend Robyn’s birthday party and had arrived home and gone up to her room.  She had got a cocktail umbrella from the party which she was wearing in her hair.


For whatever reason, she decided to open her bedroom window, had been sitting on the window ledge and the next thing she knew she was falling backwards out of the window.  She came back in through the front door with blood pouring out of her head where the cocktail stick had stuck into her.  Jean had picked her up and put her in the car and taken her to hospital.


Ben was very ‘helpful’ in mentioning all the blood – extremely exciting for a 3-year-old of course who suddenly had 1 to 1 time with his grandad.  Alan said that Pippi seemed fine other than the cut to her head, but Jean had taken her to hospital to be on the safe side.


Although we both sobered up very quickly, we were not in a fit state to drive so made a couple of calls to friends and managed to get a friend to pick us up and take us to the hospital.  It seemed to be an exceedingly long journey.  The first phone call I made was to the minister Barbara, due to Baptize me the next day, to let her know that possibly my Baptism might be off.  She and Bill were at a wedding and were keen to know how Pippi was as soon as we knew ourselves.


I could not see how my little girl could have fallen out of the window, be covered in blood and not have any injuries – of course I was thinking internal injuries.  We eventually arrived at the hospital – probably a 25-minute drive but felt like a lot longer and very quickly found Pippi and Jean (mother in law).  Pippi did seem OK – she was talking normally and seemed perfectly fine which calmed my fears a little at least.


We did not have to wait long for the Doctor, and I went in with Pippi for the examination.  The Doctor checked Pippi over, stuck some glue on the cut on her head but could find nothing else wrong.  We left the hospital a lot more relieved than when I arrived.  I made all the phone calls on the way home to reassure Barbara that all was well, to let my parents know.  Pippi became known as the ‘Para’ (short for paratrooper) from that point onwards with my dad and all was well.


On Sunday morning as I was getting ready for my baptism, the Doctor called me to make sure that Pippi was OK and that she had not missed anything.  Pippi was fine.  I believe she had been caught by an angel that day.  How else could she have fallen backwards out of an upstairs window, on her head, on to hard ground covered in patchy grass, and not had any other injuries but the minor cut?

My poor in-laws must have had the shock of their lives, it is awful looking after someone else’s child when something like that goes wrong. 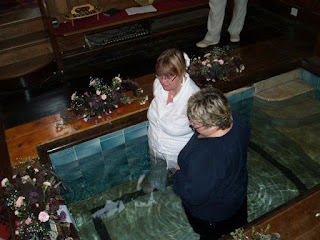