I find Saint Anthony’s life so remarkable, I do not feel worthy to even link this story, but for the sake of continuity, I will.  I have been to Sierra Leone twice for 2 weeks each time with Mission Direct to help in various ways.  There are a few miracle stories and many interesting stories of living through the civil war from the trips, and I will start with this one.

In April 2012, I was in a small group heading off to Sierra Leone with the main task of repairing a school floor and taking aid.  We worked in the mornings and visited local charities in the afternoon which included homes for the elderly, disabled, polio, schools etc.  Anyway, I was not feeling so well on one of the mornings so went along to the school where we were working but rather than take on the manual tasks, remained outside and played with the local children.

Going to Sierra Leone is culturally quite different to the UK.  The children (at least those not terrified by a white face) are very touchy, they love to touch your hair, skin, body all over etc. Having been a Scout leader I had it drummed into me that intimacy with children is a complete no-no, so it was difficult to begin with, to relax.  By the end of the two weeks I was very used to kids jumping all over me. They also love to have their photo’s taken, most of these kids live in mud huts with no mirrors and have no idea what they look like, so digital camera’s give them hours of amusement.  They love to take photos of themselves and of each other.

This particular morning, was no different to any other, and the kids were being amused with my camera, some puppets that I was playing with, songs that they would sing to me or I would teach them, bubbles, etc.  At some point either later that day or the next, it was revealed that one of the children had gone missing.  Understandably, his parents were distraught and to add to it, they were both deaf and dumb.  They lived in a mud hut near the school we were working on in or near Kissy. Alison who was one of the leaders was looking through everyone’s photos to see if anyone had a photo of this little boy who was about 7. Poor families in Sierra Leone do not have photo’s as they do not have cameras.

As it was I had the only photo of the lad, so between us we paid for an advert to go out on the radio (and possibly TV) and for ‘missing’ photo’s to be printed and put up.  It was around Easter and devil worshippers are known to go through the poor villages and entice small children away to be used as human sacrifices.  We assumed that this lad had followed one of the groups.

By some fortune and prayer, this little boy had done exactly that but for some reason had decided that he did not want to follow any more but by was now lost.  Although he ended up in a police station, he had no idea where he lived (Mud huts in Sierra Leone do not really have addresses).  He was reunited with his parents due to the photo that I had on my camera.  We were there when he was reunited, and it was very emotional as you can imagine. 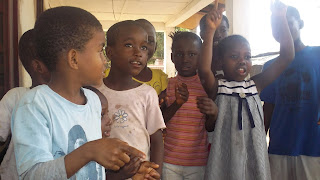 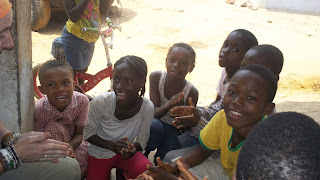 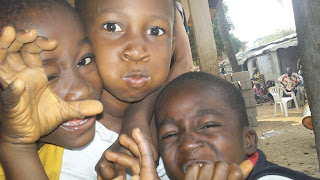 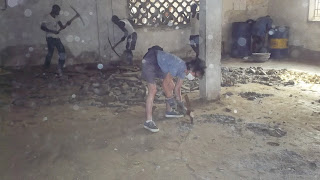