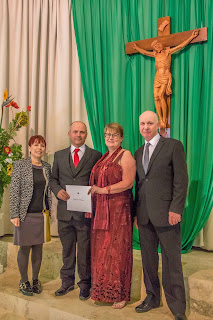 Meeting and Marriage to Paul


Although Paul is not my first or second husband come to that, I thought I would speak of something of how we met and our wedding.


Paul and I first met in September 2012, when I was on a business trip to Perth, Australia.  It was my first trip to Australia, and everyone was new to me. As Paul met me and my work colleague at the reception area of Chevron, I thought he was another work colleague.


Following the presentation, I gave, Paul showed us to the lift and asked if he could have the material, I presented for a course he was running.  I asked him about the course and booked myself on it.  The course took place at the Holiday Inn in November 2012 for 5 days.  On the fifth and last day, a few of us met for drinks afterwards.  My plane was not until nearly midnight, so I was in no hurry to leave.


Paul and I were left to put the World to rights until I ordered my taxi at 8.30pm.  I was visiting Perth a fair amount after that.  I would say I went to Perth about 6 times in 2013 and almost every time, I met with Paul for drinks or for half a day to do something ‘local’ – go to the zoo etc.  We were just friends.


By then, Chevron wanted to be the first user outside of Norway, of the product I was selling, and negotiations were well under way.  This involved several more trips to Perth in 2014 – at least once a month, ending in a 4 day trip, which turned in to 3 weeks as I had to close the deal before I left, which was down to contract negotiation.  Once the contract was completed, we then needed someone to prepare and mobilise the equipment, attend meetings and basically be the liaison, at which point, I was asked to move to Perth as that was where my job now was, especially as another company in Perth were looking to also use the product.


I moved to Perth on 1st November 2014. By chance I ended up moving into the same apartment block in the city as Paul, I had looked at several but this one suited my needs and was the only one that became available at the time.  Securing a place to rent in Perth was quite difficult at that time, as everything was in high demand.  Paul and I started to spend quite a lot of time together, but still just as friends.


The difficulty with living in the apartment was that there was no where to park a car, Paul kept his car at his sister’s house in Perth Hills.  By this point we were camping a fair amount and having to get the car for our trips was a pain, also I wanted a car so that I could explore more and get to the office easier.  I was relying on trains and being picked up from the station at this point.


At the end of my rental period in May 2015, we decided to house share in Bateman.  Paul took the upstairs and I took the downstairs bedrooms.  Paul referred to this house as the ‘Car Park’.  We were camping approximately once a fortnight at that point for a night or two at weekends.  I was discovering the local area.  My children came over at various times, and we were able to go on holidays together.  I missed my children a lot – more than I imagined I would.


Anyway, Paul was Catholic and started attending the local Catholic church in Bateman.  I was a Baptist and was struggling to find a church that I fitted in to.  I had enjoyed one I had found in the city but that was too far from where we had moved to.  One day I asked Paul if I could go with him, which I did and found the mass very strange.  My conversion, however, is for another story.


Paul decided we should build a house at his sister’s property in the hills, saving us rent and giving me some company when Paul was offshore – I got on very well with Paul’s sister (and her dog).  This Granny Flat was eventually finished in July 2016 when we moved in.  We were still just friends, and the arrangement worked well as I do not mind cooking although not keen on driving.  Paul does not mind driving and we were company for each other.


While in Bateman, I had started the Catholic Annulment process, which had many ups and downs.  I was attending the Catholic church regularly and helping with St Vincent De Paul but was in a ‘down’ when I moved to the hills.  I started at the local Baptist church which was lovely and started to fit in nicely there.  However, the annulment started up again, Paul and I were beginning to investigate whether our relationship would go anywhere, and I decided to start to attend the Catholic Church again.


Eventually my annulment came through and I considered becoming a Catholic.  As part of this, I had to go through the RCIA process, and I had Paul as my sponsor.  We both attended and really enjoyed the classes and owe much thanks to Anna and Jo who ran them.  By this time Paul had started his annulment process (he had been divorced many years before).  I was accepted into the Catholic Church in March 2018. Paul’s annulment came through shortly afterwards and we decided to get married, getting engaged in May 2018.  We set a date for October 4th (St Francis Feast Day – my chosen Saint) 2018.  However, as usual, God had other plans.


Life got turned upside down at the end of June 2018 and we made the decision to move back to the UK as soon as we were married – we booked a one-way flight for 15th October.  For one reason and another, the Priest we had chosen to take the ceremony, could not perform it and we realised that getting married 11 days before we left the Country was probably a mistake as there would be the formalities of name changes etc to complete before we left, as well as the stress of packing up and moving.


The wedding was brought forward to Thursday, 6th September.  We had already decided that we would have a very small wedding – just us and Paul’s sister and Brother in Law as witnesses, as many of our family and friends were spread around the World and it felt wrong celebrating with just a few local friends.


We arrived at the Lesmurdie Catholic church at 2.50pm for the 3pm wedding and were married by 3.20pm by Father Michael.  It was lovely and the right decision for us to do it with no fuss.  It was stress free and very enjoyable. We had dinner and stayed the night at the Crown Perth. I used my mums wedding ring and Paul used his dad’s, although has since had to go to a more traditional band. 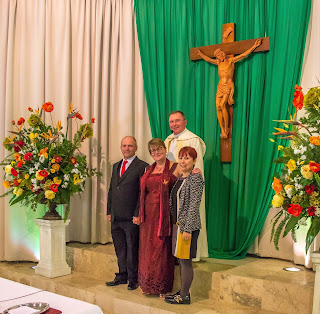 Our honeymoon formed part of a pre-planned work trip to Darwin, the first and only time I have seen crocodiles in the wild.  We saw various birds and amazing nature which finished our wedding celebrations perfectly, before the move back to UK. 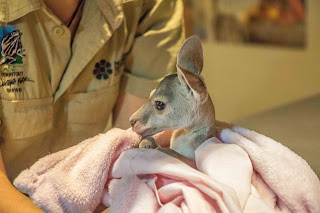 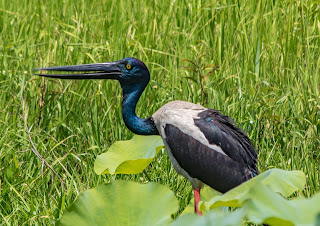 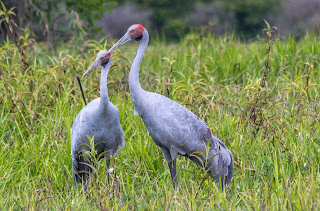