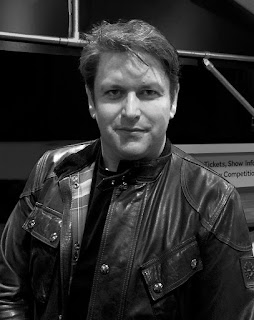 
I have worked in Malton, North Yorkshire three or four times and have been lucky enough to stay at the Talbot Hotel https://www.talbotmalton.co.uk/eat/, where James Martin – TV Chef oversaw menu selection and team development.


I have had a bit of a soft spot for James Martin since his appearance on Strictly come Dancing in 2005.  I had no idea, when I was booked into the hotel that he had anything to do with it and could not quite believe my eyes, when I was stood in the bar and James Martin was next to me.  I was so unsure that I did not say anything, however, when I next passed the reception, I noticed one of his cookbooks for sale and then made the connection.


I saw him a couple of times although did not get the chance to have a conversation with him.  I did hear him going over the menu with the staff.


The hotel has amazing rooms, although I admit to getting lost one night on the way to my room.  I had arrived, headed straight to the bar to meet with colleagues, had an evening meeting, and then could not remember where my room was … (its not one long corridor – rather than my condition).


The food was always good, and I had the best lamb rib starter I have ever had during one meal.  If I were to criticise it, it would have been the cheeseboard.  There were 5 choices, 2 of which were blue … I do not like blue cheese so that was not a good result for me.  Two were goats’ cheeses, which I do not mind but it is an odd choice, the last was a cheddar.


I would certainly stay again if I ever had the chance, although I believe that James has since stopped his role at the Hotel.
labels Other Stories