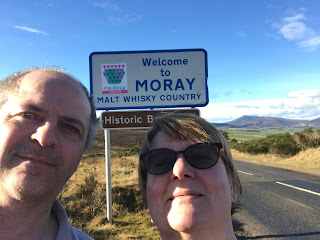 Visiting a few Distilleries on 2nd March 2019
Last March 2nd (2019), Paul and I were in Aberdeen working.  We managed to find a day where we could explore a little so decided to go around the distilleries – no surprise there.  As it was not yet Easter, we discovered that not all the local distilleries were open, which meant we had to hunt harder … challenge on.

We arrived at Strathisla distillery first … it was shut, so we went on to Grant’s distillery, where we went around on the official tour and the tasting.  For 50p or something in that region, you could buy a small bottle so that most of the tasting you could take away with you.  Of course, we also bought a full-size bottle here. (to be reviewed in a separate post) 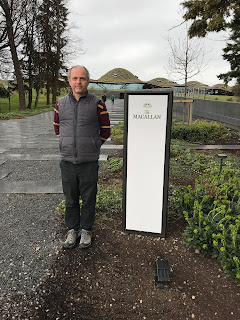 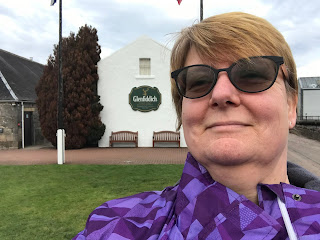 To make up for the ‘disappointment’ of so many closed distilleries, we did buy a couple of single malts that were on offer in the bottle shop in Aberdeen, so a good day was had by all.

The countryside around Aberdeen is amazing, rolling green meadows, hills and we picked a nice day as well.  Aberdeen, known as the granite city for a reason, is very grey although the architecture is remarkable.  A trip around the area is recommended.  Aberdeen beaches are also nice on the two days a year that it is sunny up there.