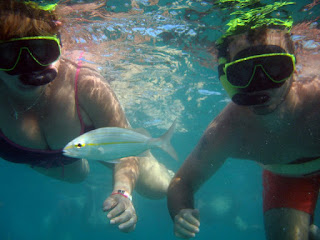 I have been lucky enough to work in Brazil on a number of occasions, including a couple of times in Natal.  On my second trip in October 2011, I was travelling with a colleague Marius.  We had been in Rio de Janeiro for a few days and had then headed up to Natal to see some clients. We arrived on the Sunday and went out for a walk.  Natal, in my mind at least, is a smaller but safer version of Rio.  We found a nice place to have a cocktail on the beach where I have a photo of Marius looking like “a big girl’s blouse”, which I of course, have not let him forget. 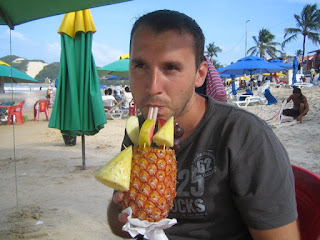 We then found out that Monday, when we thought we would have meetings was a public holiday.  Determined not to waste a day, I set Marius a mission of booking us a trip doing anything, anywhere.  He could speak fairly fluent Spanish and therefore could get himself understood to the Portuguese speaking Brazilians.

He arranged a boat trip but said he was a little sketchy on the detail as there had been some communication issues in translation.  Anyway, not really knowing what we were in for, we packed our bags for a ‘beach’ day and were picked up by a coach at the allotted time.

We arrived at a hotel where we had a Brazilian BBQ – I will speak more about Brazilian food in a later post, we watched the marmosets, one was very intrigued by my toes.  I watched them for a long while, we listened to a guy playing reggae, watched some guys fishing traditionally and messed around in hammocks, which was all well and good but not really the boat trip we were expecting. 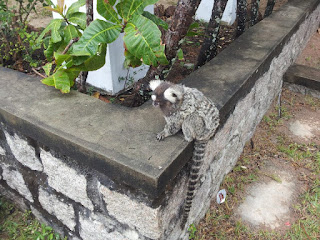 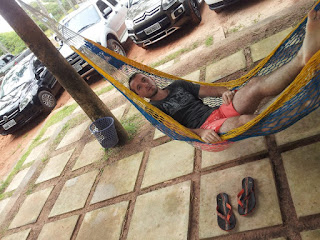 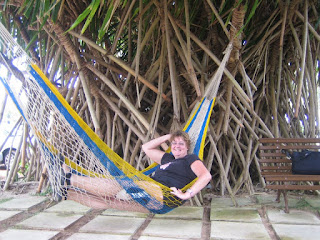 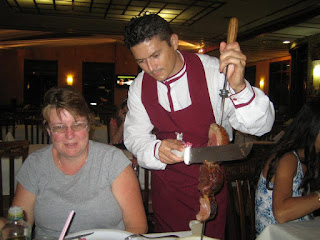 Marius, who by this point was getting a little impatient went off to make some enquiries.  It turned out we were waiting for the tide and would be heading off on our boat trip soon.  Sure enough, within 30 minutes or so, we were back on the coach and off to the beach where we got on a speedboat.  We were on it for about 20 minutes when we got to a platform in the middle of the sea and told to get off.  This trip was a snorkelling trip.  We were given instructions on how to snorkel in Portuguese which wasn’t much use to me as I don’t speak a word of it but I had been snorkelling before so was fine.

Marius assumed he knew what he was doing, grabbed snorkels, jumped in and was very surprised that he couldn’t breath underwater, mistaking snorkelling for diving.  After that little error, (and copious amounts of laughter) we were off.  There was an abundance of beautiful fish and it was an incredible day.

We were there for around 90 minutes or so before we got the boat back to shore and the coach back to the hotel.  It certainly beat working! 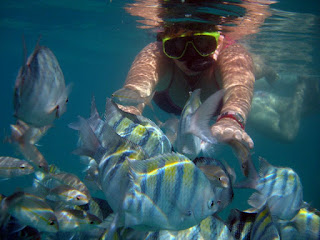 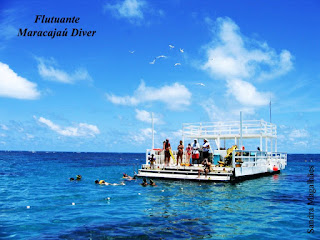