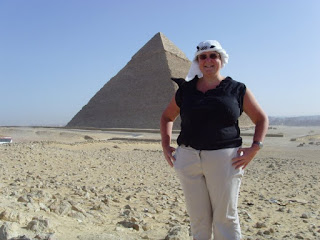 A trip to Egypt


In 2010 I was on a business trip to Cairo, Egypt, and my colleague and I managed to get a couple of hours off which of course we used to go and see the Pyramids.  They become visible way before we got to them of course.  It is weird to see a Pyramid suddenly appear as you are stuck in traffic on the roads around the city.


We took a horse and cart trip around as we had limited time.  I guess with everyone else who sees the Pyramids for the first time, I was struck by their size and the complexity of build, knowing they date back to nearly 4000 years ago.  I feel extremely fortunate to have been able to see them.


I was also struck by how close they were to shops, you could easily see KFC as you walked around in some area’s for instance, this certainly is not shown on television when the Pyramids are shown.


Of course, once we left the area, everyone wanted to sell you something, this is quite common in a lot of Countries of course.  I can see why people would get fed up with it, but we only had a couple of hours spare, so it was part of the experience as far as I was concerned.  It was funny, once the Egyptian guide learnt we were British, he associated us with the phrases “Tally Ho” and “Cor Blimey”.  I am not sure that I have ever said Tally Ho in my life, although admit to the odd Cor Blimey.


Cairo was a fascinating, mad city where driving is an extreme sport (not as bad as some places I have been).  The hotel was amazing, not far from the airport, a vastly different, relaxing place, compared to the madness of the city. 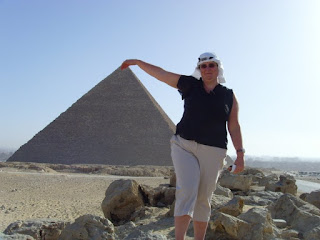 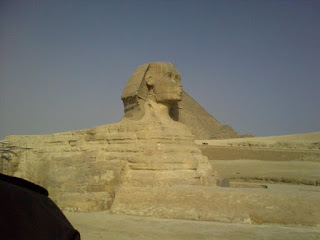